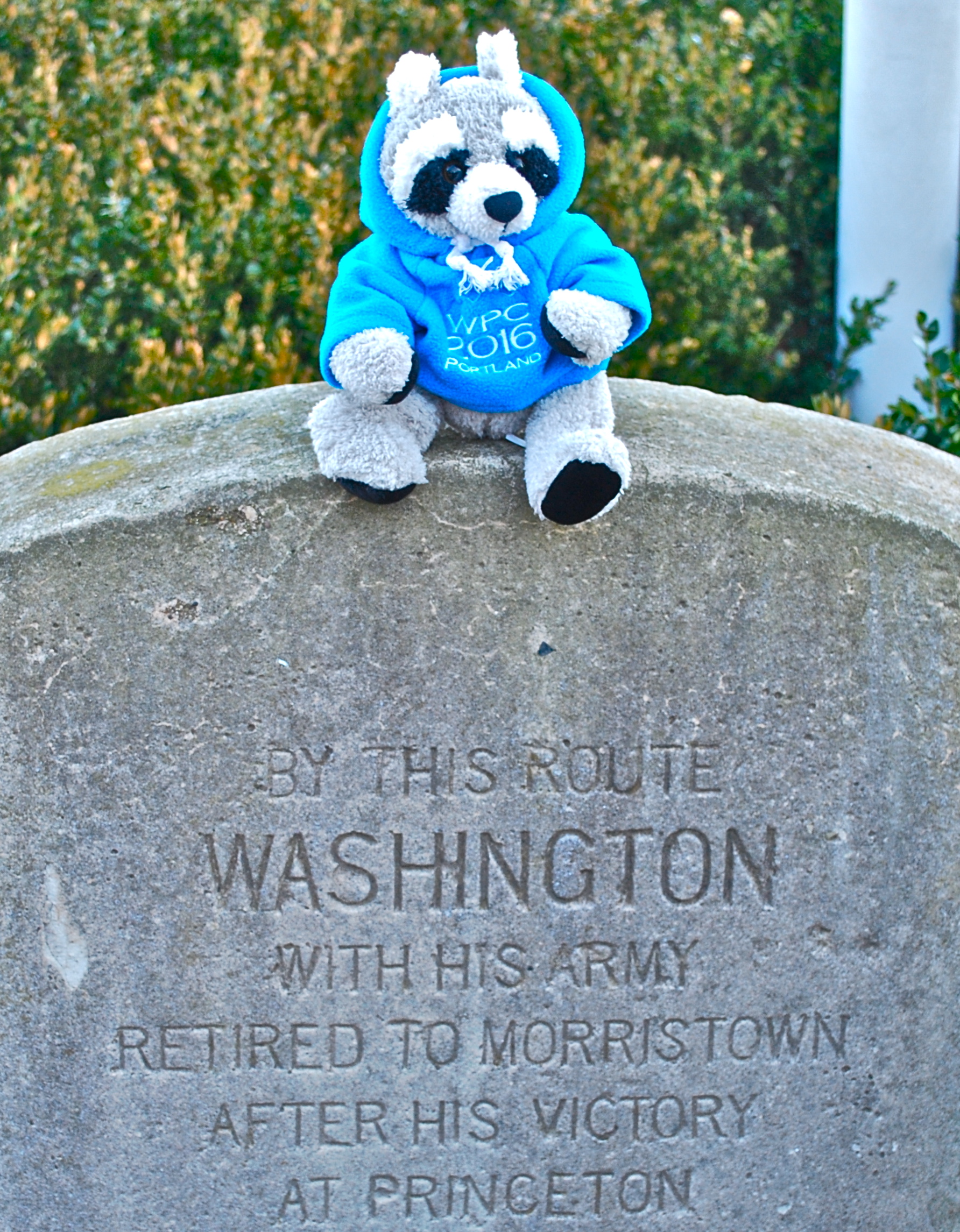 While visiting New Vernon, New Jersey, Parky took a walk into town and found this historic monument. The engraved stone marks the path George Washington took his army in January of 1777 after their decisive victory in Princeton. The army retreated to Morristown because it was a defensible position to spend the winter. It was also a critical location because it was an important stop along the highway between the colonial strongholds of Boston and Philadelphia. Parky is going to fly to Portland, Oregon for the World Parkinson’s Congress in September of 2016. If he were alive during colonial times, he would have had to walk the whole way. Lucky Parky!