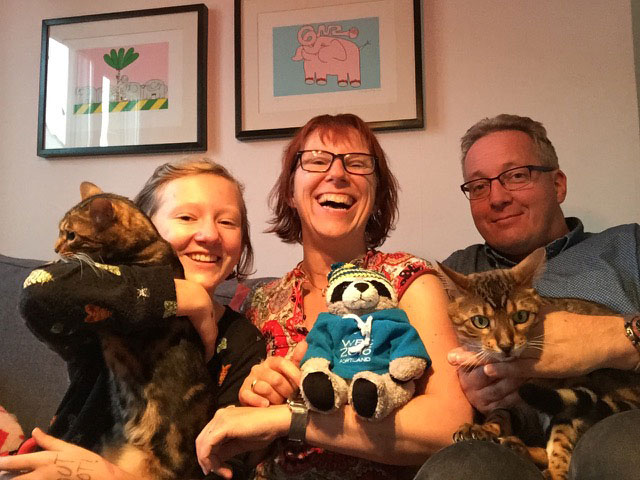 A Parky Adventure from a parallel universe

Parky comes from a parallel universe where he used to live on a planet very similar to Earth only inhabited completely raccoons acting like humans. It was a very peaceful planet but one day there was a huge spaceship seen hovering over Portland, the city Parky lived in. All the raccoons were panicking, running around screaming.

The only one who hadn’t noticed a thing was Parky. He was wearing headphones and enjoying the music so much that he was like in a little bubble of music and happy thoughts. Suddenly, a loud bang was heard and Parky almost felt like he was starting to fall. He opened his eyes and removed his headphones and he couldn’t see a thing. It was not because it was dark, it was literally just nothingness. Then everything went black.

Our brave hero had fainted.

The next thing he saw was light. Light so bright that he almost had to close his eyes again. Then he heard voices. He thought they sounded like friendly voices and he was right. Parky’s eyes adjusted to the light and he saw three friendly and two furry faces. In some strange way he felt safe and he also knew he would see Portland again.