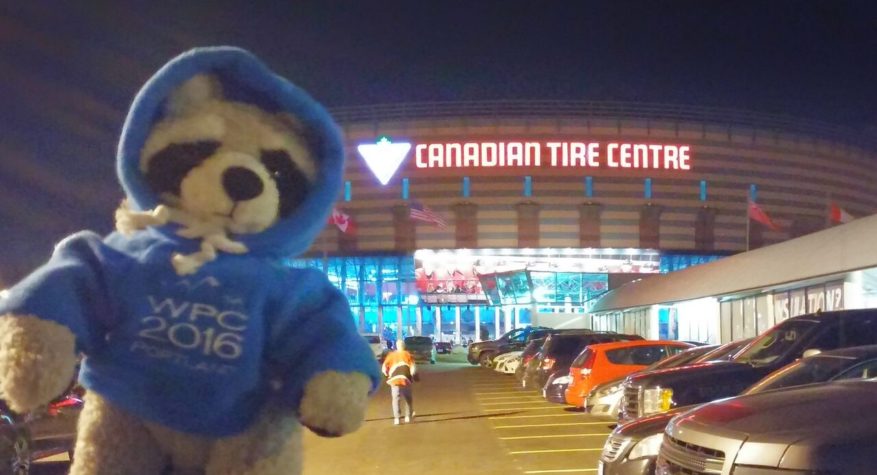 Parky is about to attend his very first NHL game

Parky has arrived in the nation’s capital and will be taking in the sights for the next 11 months. During his first week, a Parkinson supporter took him to see his very first NHL game. The home team was victorious, defeating the New York Islanders. Next on his To-Do list is viewing the Christmas lights on Parliament Hill. In the meantime, Parky is spending his time meeting new people living with Parkinson’s disease and their care partners and encouraging everyone to attend WPC 2016.