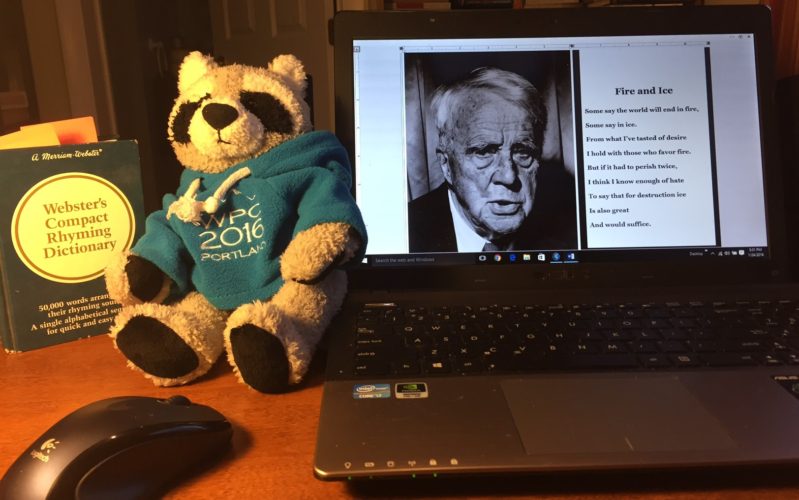 Parky, renowned world traveler, loves to fly. He skyped about his globe-trotting penchant with fellow poet Robert Frost, who, in light of the upcoming World Parkinson Congress in Portland, Oregon, gave Parky permission to rewrite “Fire and Ice.”

Some think we’ll meet in Portland, Maine –
Most say Oregon.
And though I know it sounds insane,
I would campaign to meet in both.
Back and forth, by train, by plane,
A grand bi-coastal talk-a-thon!
Double duty for the brain,
For each excitable neuron –
Just think of all the mental growth!
But since it’s Portland, Oregon,
An urban center quite urbane,
I say, “Game on!”
I say, “Right on!”
I say, “Come on!”
And can’t complain.