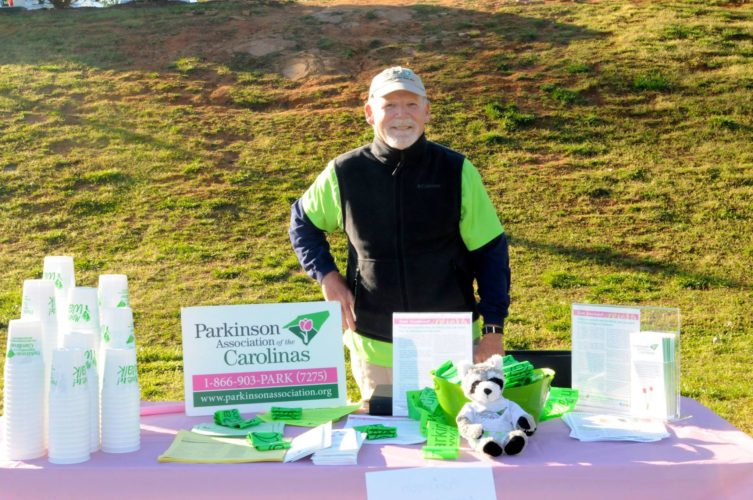 Story By Kathryn B of Charlotte, North Carolina

Parky the Raccoon Story from:
Kathryn B of Charlotte, North Carolina
We adopted Parky in Montreal at the WPC 2013. He lives in Charlotte, NC. As a part of his effort to improve Parkinson’s awareness, he attended a yoga class with my husband Garry, PWP and myself. He loves his new yoga pants. He attended the awareness walk held by the Parkinson Association of the Carolinas in April. For this, he got his own volunteer t-shirt. Parky loves going to British car shows with Garry. He will travel to Little Swizterland, NC with us in July to show Garry’s 1996 Jaguar convertible. Although Parky enjoyed the long ride home from Montreal in the Jag with the top down, he plans on flying to Portland. See you there!